Biosimilars Can Bend the Drug Cost Curve, but Only If Patients Have Access

Home / Biosimilars Can Bend the Drug Cost Curve, but Only If Patients Have Access

Originally published on Morning Consult as an op-ed.

Nearly seven years ago the Biosimilars Price Competition and Innovation Act authorized the Food and Drug Administration to approve safe, effective and affordable biosimilar versions of expensive biotech drugs. Yet, millions of America’s patients are still waiting for access to these life-saving treatments, while Europe’s patients have reaped the benefits of a decade of access and savings due to these therapies. A key reason why Americans lack adequate access to these medicines is due to big, brand-name biologic drug manufacturers’ misuse of patent litigation to block competition. These actions of big pharmaceutical companies place profits ahead of patient access and deprive the U.S. health care system of scarce funds to find new cures.

On April 26, the Supreme Court heard arguments in Amgen v. Sandoz, a case that could either help provide more timely access to biosimilars, or further protect brand companies from biosimilar competition at the expense of patients and payors, including federal insurance programs.

Biologics, many of which are specialty medicines, are the most rapidly growing segment of increasing brand-name prescription drug costs in the U.S., with more than $100 billion in annual spending. And the role of biologic drugs in the health care system is expanding — while only 2 percent of America’s patients use biologics, they account for about 40 percent of prescription drug spending in the U.S.

Biologic medicines are often life-saving therapies for serious illnesses, like cancer or genetic disorders, but they come at steep expense to patients, taxpayers and insurers. Many biologics cost tens of thousands of dollars per year per patient — some as much as $200,000. Those high biologic drug costs have a direct effect on insurance premiums and are a significant driver of health care costs for consumers, who feel their impact through increased out-of-pocket spending and in contributions to premiums.

The BPCIA also gave brand biologic drug manufacturers a generous 12-year market exclusivity period for their products to ensure a return on investment for new cures. This period is longer than anywhere else in the world that has a similar abbreviated pathway for biosimilars. Now those companies are unfairly trying to mandate a legal maze of litigation to delay biosimilar entry and add six more months of monopoly protection from competition, all with the aim of maximizing profits and denying patients access to more affordable alternatives like biosimilars.

Giving brand drug manufacturers a bonus six months of monopoly pricing would cost the public billions of dollars. Biosimilars in Europe are generally priced 15 to 30 percent lower than their branded biologic counterpart, and experts estimate that discounts in the U.S. will be 10 to 35 percent off of branded drug prices. For example, pharmacy benefit manager Express Scripts estimates that the U.S. has likely wasted more than $45 million for every month that the biosimilar Zarxio was delayed from coming to market. Ten-year savings created by the BPCIA are estimated to be at least $25 billion and potentially as high as $250 billion. Near-term discounts of even 15 to 30 percent over a six-month period could provide significant cost-savings for consumers.

However, brand biologic manufacturers are using the court system and complex biosimilar “patent dance” litigation to keep their competitors off the market, putting these savings at risk. Brand manufacturer efforts to create a so-called “litigation backlog” are working. Of the five FDA-approved biosimilars in the U.S., only two are available to patients. The other two remain in litigation, preventing patients from accessing highly similar, safe and more affordable medicines.

With more than 250 biologic drugs currently on the market and approximately 300 in development, the role of biologics in our health care system continues to expand with each passing year. If the Supreme Court were to agree with the branded drug companies in the Amgen v. Sandoz case, biosimilars would be prohibited from entering the market until six months after the FDA had approved the product for sale, handing brand biologic manufacturers billions of dollars in windfall profits. That would delay patient access to biosimilars, which was the opposite of Congress’s intent.

We urge the Supreme Court to recognize the importance of biosimilar medicines in promoting patient access to affordable health care, by overturning this unintended windfall for brand name biologic manufacturers.

Biosimilars offer the potential for tens of billions of dollars in patient, insurer and health system savings, but only if patients can access them in a timely manner — as Congress directed. Let’s not let more litigation delay competition and deny safe, effective, and affordable treatments to America’s sickest patients.

Access! brings together policymakers, influential speakers and industry leaders to chart the future of generics and biosimilars. This year, we're pleased to be meeting in person for the first time since 2019! Sign up before December 31, 2021 to receive $500 off your full-pass registration.

Proposals included in #BuildBackBetter undermine the progress and promise of future #biosimilar savings, particularly for employers and patients in commercial health insurance markets. 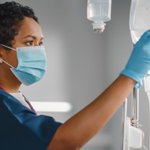