Games and greed delay the market entry of money-saving biosimilars

Generic medicines have saved Americans $1.67 trillion in the last decade. Biosimilars, which are more affordable, highly similar, safe, and effective versions of complex biologic medicines, are poised to do the same thing — if they aren’t thwarted by delaying tactics instituted by some pharmaceutical companies.

As of April 1 of this year, the FDA had 63 “programs” or applications for biosimilar review, representing competition for 31 brand-name biologics (also known as a reference products). These biosimilars, if approved, will improve patient access to very expensive treatments for complex conditions at lower costs. Biosimilars provide competition to costly biologic medicines that are used by less than 2 percent of Americans but that account for more than 26 percent of drug spending.

The FDA is making biosimilars a key focus of its work, and will soon release a “Biosimilars Access Plan” along with regulatory guidance to help foster the development of these products.

Related: Precision medicine, linked to DNA, still too often misses
While FDA support is necessary to achieving a robust biosimilars market, it is not by itself sufficient. That’s because while the agency and many policymakers and health care stakeholders are seeking to foster biosimilar competition, powerful forces seek to thwart it.

And their efforts are working. Of the nine biosimilars the FDA has approved to date, only three have made it into the hands of patients — an alarmingly small number. Patients can’t access the six others due to barriers thrown in their way by pharmaceutical companies that want to protect their monopolies and keep prices high.

Tactics to delay biosimilars competition include:

These barriers have forced the U.S. biosimilars industry into a perpetual state of infancy and cost patients and taxpayers more than $5 billion each year.

While the FDA and other stakeholders have called out these shenanigans, and some movement has occurred to make it more difficult to game the system, more must be done. Bipartisan efforts like the bipartisan Creating and Restoring Equal Access to Equivalent Samples (CREATES) Act, which would limit barriers to sample access and increase generic and biosimilar competition, and the Preserving Access to Cost Effective Drugs (PACED) Act, which would limit abuse of the U.S. patent system, offer hope — but only if they are acted upon. In the meantime, brand transgressions continue, denying patients the promise of biosimilars.

Biosimilar developers are trying mightily to bring these more affordable, lifesaving medicines to market in spite of the myriad obstacles. It’s true that the United States has a shorter history with biosimilars. But that isn’t the real problem behind their slow entry into the marketplace — schemes to prolong monopoly profits are to blame.

Christine Simmon is the executive director of the Biosimilars Council, a division of the Association for Accessible Medicines (formerly the Generic Pharmaceutical Association).

This article was originally posted on STATNews.com

Join us on November 8-10. GRx+Biosims 2021 is the premier scientific and regulatory event for the U.S. generics and biosimilars industry.

Thanks to these three bills in Congress, American patients are one step closer to greater access to lifesaving #biosimilars.

✅ The Ensuring Access to Lower-Cost Medicines for Seniors Act 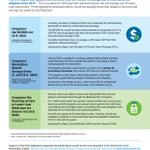