Fast and simple fix to the Part D discount program, placing biosimilars and branded biologics on a level playing field, would save taxpayers and increase use of lower-cost biosimilars

WASHINGTON, DC (Nov. 28, 2017) – The Biosimilars Council, a division of the Association for Accessible Medicines (AAM), released a national poll today showing support for congressional action to lower out-of-pocket costs for patients and reduce federal spending for the Medicare Part D prescription drug benefit that covers most of America’s seniors.

According to the survey, there is an overwhelming belief by seniors and taxpayers that the government has a responsibility to lower health care costs for patients (nearly 9 in 10 seniors) and bring down costs overall for taxpayers (nearly 8 in 10).

However, the Medicare Part D program currently includes a provision that does the opposite: it encourages the use of costly brand-name medicines while discouraging the use of lower-cost medicines.

The medicines in question, known as “biosimilars,” are FDA-approved, safe, effective and affordable versions of more costly brand biologics. Much like generics, biosimilars offer a lower-priced alternative to brand-name biologic drugs. Experts estimate that increased entry and use of biosimilars could save as much as $250 billion over a 10-year period.

Under Medicare Part D, when patients’ drug spending reaches $4,100 in a year, they enter a coverage gap (or “donut hole”) where they pay a significantly higher share of drug costs until their spending reaches approximately $8,000 and they move on to the catastrophic coverage level.

This is where this provision of law comes into play: those makers of costlier brand biologics provide a 50 percent discount on the cost of branded medicines while patients are in the donut hole. In addition, current law allows that discount to be treated as if it were the patient’s own out-of-pocket spending – hastening passage through the donut hole into the catastrophic coverage phase where Medicare – that is, taxpayers – pays most of the cost.

This prevents makers of lower-priced biosimilars from offering comparable discounts and, even if they could, the law would not allow the discount to be treated as patient out-of-pocket spending. “This puts patients who are on a biosimilar at a disadvantage. Their medicine cannot by law be discounted, Medicare pays more and they remain in the gap longer,” said Christine Simmon, Executive Director of The Biosimilars Council. “The result: higher out-of-pocket costs for lower-cost medicines, higher premiums as the current incentive is to prescribe more costly medicines and higher taxes as Medicare pays more to cover the costs of branded medicines.”

A majority of seniors and taxpayers support a fix to Medicare Part D to allow biosimilar manufacturers to provide the same 50 percent discounts paid by their brand competitors. This simple fix would create a level playing field between biologics and less-expensive, FDA-approved biosimilars. And according to a recent study, this would result in lower out-of-pocket costs for patients and reduce federal spending by $1 billion over 10 years.

“Congress should amend the Part D coverage gap discount program to require biosimilar manufacturers to pay the 50 percent discounts paid by their brand competitors, allowing them to participate on a level playing field to compete for placement on Part D plan formularies,” added Simmon. “This is just common sense and good public policy. It will reduce both patient out-of-pocket costs and Part D program spending – saving taxpayers money.” 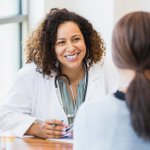 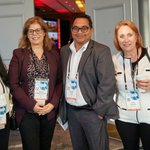 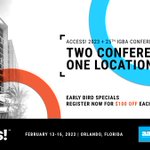