2017 Generic Drug Access and Savings in the U.S. Report

Home / 2017 Generic Drug Access and Savings in the U.S. Report

This annual report is produced by the IQVIA, the standard-bearer for measuring data, pharmaceutical use and spending in the United States.

Healthcare costs continues to dominate national headlines and to feature prominently in the current political debate. That’s why the release of the Association for Accessible Medicines (AAM) Generic Drug Access and Savings in the U.S. Report is more timely than ever.

Compiled by the QuintilesIMS Institute, the ninth annual edition of the report details the savings generics provide across multiple segments, including by therapy area, payer type, patient demographic, and state. In today’s fluid healthcare economy, it is important to distinguish between the factors contributing to cost increases and those that drive savings. Take, for example, specialty drugs, a class of prescription drugs generally used to treat complex diseases. Today, branded specialty drugs comprise 1% of prescription drugs prescribed but remain responsible for more than 32% of total drug spending, according to separate QuintilesIMS data.

Biologics, which are drugs derived from living cells, are often classified as specialty drugs. These are medications you may see advertised on television in commercials many times a day. They are often infused or injected and are typically very expensive. Biosimilars are safe, effective and less costly alternatives to brand biologic medicines used in the treatment of cancer, rheumatoid arthritis and other conditions. Biosimilars provide more competition in the market, enabling patients, payers, physicians and others to benefit from greater choice at lower costs when it comes to treatment options. Current estimates suggest that biosimilars could save consumers as much as $250 billion in the next 10 years.

The new report breaks down how generics and biosimilars fit in to the U.S. pharmaceutical ecosystem. The data demonstrates how important generic and biosimilar medicines are now and will continue to be in containing our nation’s increasing prescription drug costs.

“The results of the report speak for themselves: generics and biosimilars don’t just put your medicines within reach, they put the rest of your life within reach as well.”  – Christine Simmon, Executive Director

Patients featured throughout the report rely on generics to maintain their families’ health and use savings from generics to afford other everyday needs like paying for rent and groceries. Without generics and biosimilars, many Americans — our family, friends and neighbors — would face incredibly difficult choices between their health and life’s other essentials. That’s why we believe that manufacturers, government and regulatory groups must work together to create policies that create competition and prioritize patient access.

If you’re interested in learning more about biosimilars, join us at our annual conference, Leading on Biosimilars. Reserve your spot here: http://biosimilarscouncil.org/leading-on-biosimilars 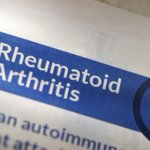 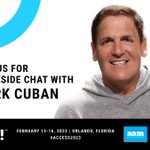 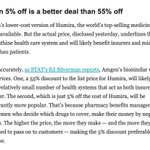